Pyramid of Tirana said to be the most expensive structure in Albania, was finished October 14, 1988, and opened as an "Enver Hoxha" Museum; the long-time Communist leader who passed years earlier. The structure was designed by Hoxha's daughter and husband, Pranvera Hoxha and Klement Kolaneci, along with Pirro Vaso and Vladimir Bregu.

The Pyramid museum retained its original purpose until 1991 then converted to a convention center before becoming useless. (Briefly the Pyramid shifted from museum to convention center to military staging arena to television station.) As the Communist legacy associated with its construction waned the local citizens destroyed sections and pulled valuable materials from the structure.

Possible Demolition: Numerous proposals to demolish the Pyramid and to redevelop it have occurred. The land is 17,000-square-meter (1.7 ha). A previous proposal for the site to become an opera house was approved but canceled shortly after. The exterior marble tiles covering the structure were removed to a depot outside of Tirana. The proposed demolition of the Pyramid itself became a point of controversy among architects and Historian Ardian Klosi initiated a petition against the demolition of the structure, gathering around 6000 signatures. A study started in 2013, published in 2015, suggested that the majority of citizens of Tirana were against any demolition. Once again in 2017 an announcement was made that the Pyramid will not be demolished, but refurbished.

Youth IT Center: In 2018, a new idea was sought to turn the Pyramid of Tirana into a IT center for youth; computer programming, robotics, and start ups. The project sought to build staircases on the sides of the pyramid and have large glass areas for increased natural light. 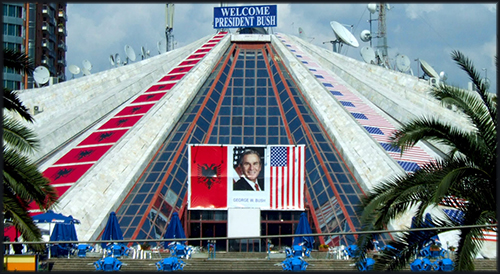 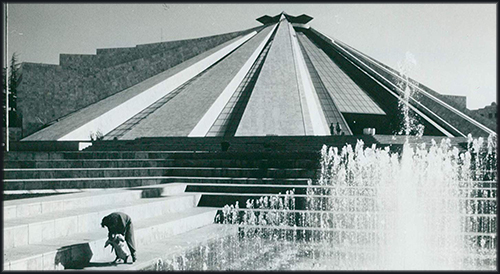 MVRDV has been engaged by the Albanian – American Development Foundation to develop a revitalization of Pyramid of Tirana.